April 30, 2018
I had spent the last 7 days compulsively checking the weather. Each time expecting...pleading...for the outlook to improve. It did the opposite. Each updated hourly forecast further confirmed the reality of what the 2018 Zumbro 50 would hold.


The past 10 weeks had been spent in diligent preparation for this race. I had a specific goal of finishing in under 10 hours which I thought would be attainable based on my performance at the Hitchcock 50 and perceived improvements over the winter. However, based on the forecast I now questioned my motivation to even make the drive to Zumbro to toe the line.

With a midnight start on Friday the 13th I took that afternoon off from work to get a snooze in before making the 4 ½ hour drive. I awoke to the sound of a wild thunderstorm that would turn into a spring blizzard that would bury Sioux Falls. This same weather pattern awaited us at Zumbro.

Tyler and I weighed our options. Call the race or leave ASAP to make it to the start line before the worst of the storm hit. After some debate we decided to give it go, though it was decision that was not made with very strong conviction.

As we rolled down the highway in the midst of the thunderstorm it was as if the mental battle of the race had already begun. What we were driving through was exactly what would be waiting for us at the start line. My mind reached for any potential excuse to turn around and head back home.

I wanted to experience running an ultra in conditions like this.

Once we arrived at Zumbro the first step out of the Kia scrapped my initial clothing and layering plan. I was thankful that I had come prepared with what basically amounted to backpacking gear.

After collecting our race bibs we spent a few minutes chatting with some volunteers and witnessed a few 100 mile runners wrap up a loop. More information chipping away at the motivation to toe the line.

Back at the car we each awkwardly squirmed into the additional gear and leaned the seats back for some sleep.

I slept hard and when I blinked back awake the clock had passed 11:30pm. As I let myself slowly wake I no longer seemed to be nervous and any dread regarding the race had faded away. My curiosity had won out. I was ready to run and attempt to finish regardless of conditions.

Leaving the protection of the Kia we joined the other runners huddled under the covered picnic area. As midnight approached there was no announcement moving us toward the start line. Was the race being called off?

A few minutes past midnight the race director, John Storkamp, joined the 50 milers seeking shelter under the picnic area. He gave a preview in regards to the conditions we would encounter and encouraged those who had reservations about starting the race that there was no shame in a DNS. Going further, he stated plainly that if you didn’t feel you can finish a loop safely then it would be time to hand in your bib.


Shortly after the assembled crowd left the cover of the picnic area and shuffled towards the start. We were off.

With sheets of snow coming down we soon found out what the ever evolving trail conditions would entail for the first loop. The trail switched back and forth from what is most easily compared to a spilled coke slushy, shoe sucking mud, ice and moderately runnable packed snow.

After about 3 miles I felt confident that I was dressed appropriately for the race. With the exception of my feet I was dry and warm. Armed with that knowledge I started to settle in. Efficient hiking uphill, quick descents and well paced in between when the trail conditions allowed.

I spent some sporadic miles with Tyler where he shared his plan to be conservative with his IT band and not subject it to the 50 miles given the conditions.

Otherwise the loop was spent in eerie silence and I enjoyed the miles navigating the unique course conditions. As I wrapped up the loop I had already resolved to keep moving towards a finish. I quickly switched to a new headlamp and restocked my vest and headed back out. A little over 4-hrs had elapsed when I began the second loop.

When dawn came I felt as if I had been transplanted into some fantasy world. Fog hung low in the trees that were glazed with a fresh coat of snow.


The dropping temps had started to freeze the mud and spots that were previously un-runnable on the first loop became manageable. I found myself enjoying the coat of winter the storm had deposited.

This high was short lived. Somewhere between aid station 2 and 3 my stomach turned. Frequent trips to the woods plagued me and killed my stomach's capacity for calories.

Later, persistent discomfort on the forefront of my right foot grew intolerable and forced me into yet another stop. I was confused to find that mud had caked inside of my right sock and hardened. Solution? Smack the sock against a tree, suit back up and press on.

Back on the ridge before the Ant Hill descent the blasting winds combined with the deepening snow drifts slowed my progress enough for me to get chilled for the first time. As I managed the slick descent my throbbing hands and numb feet focused my mind on the completion of the second loop where dry gloves and socks were waiting.

The cold temporary clouded my mind from the stomach and calorie issue. I pushed on to finish the second loop with only that on my mind. Another 16.7 miles would be no big deal with fresh gloves and socks I reasoned. I was so focused on accomplishing this task back at the start line that I failed to even consider restocking my race vest.


Beginning the third loop 9-hrs into the race I realized my mistake on the first climb. I now had now dug myself a deep hole. Even if I had stocked up my stomach was in no shape for gels. Food from the skeleton crew of aid station volunteers that remained was just as ineffective. Coke it was.

My 50-mile effort had deteriorated to a hike. I simply could not get myself to run for an extended period of time. As I reached the top of Picnic Point I plopped down on a familiar bench. I had needed to stop here to collect myself during the last lap in 2017, my first 50, as well. I laughed to myself. Zumbro was kicking my ass for the second year.

With one last cup of coke back at aid station 2/3 (aid station 1/4 would be packed up) the end of the race now seemed within reach but the ridge preceding Ant Hill had one last punch to throw. The wind was now howling. At times bracing yourself became necessary. The drifts of snow covering the trail (was this the trail?) were now knee deep at points. The speed in which my wallowing footsteps were covered by the blowing snow was amazing. It was as if no one had come before me and when I looked back it was as if I had been dropped into my current location.

As I approached the finish line 14-hrs after starting all I could do was laugh at the absurdity of this endeavor but couldn’t hold back the feeling of satisfaction in having slogged my way through the 50 miles.

A heartfelt thank you to all of the race volunteers who went above and beyond making this event possible.

I have no idea what else Zumbro has up its sleeve in the future but Mother Nature made the 10th running of this ultra a unique experience. 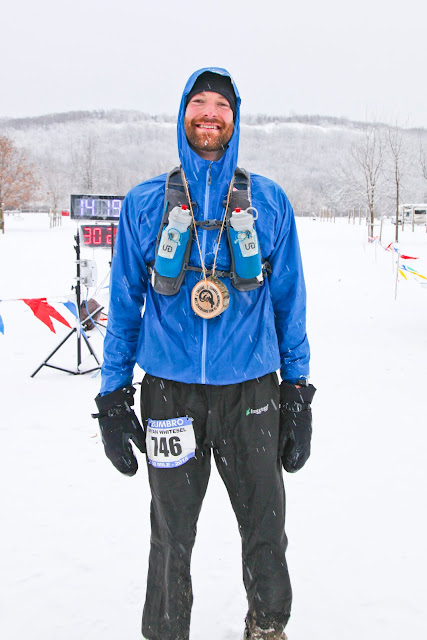 “You can’t really tell how much you can do until you try to do something that’s...more.”

Popular posts from this blog 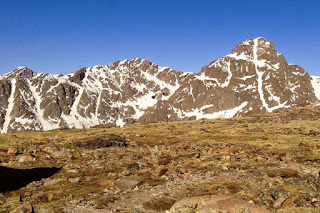 A trip that has been rehashed over many beers. A foolish plan coupled with inexperience leading to a minor epic that now draws laughs and head shaking whenever it is discussed. If adventure starts when something goes wrong then we had one. I'll raise one to the Tigwon Toe. Video our Mt. of the Holy Cross attempt below.
Read more 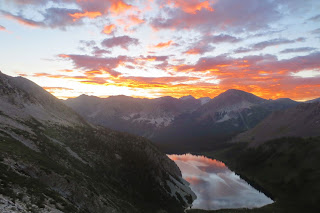 Tucked deep in the rugged Elk Mountain range Snowmass Lake rest peacefully below the soaring summit of Snowmass Mountain. A summit for one party member and beautiful day spent above treeline for myself and another. Snowmass is a destination that I will I return to. Highlights of this trip below.
Read more